Once shackled to heroin, Stuart’s now free from addiction

Experimentation with opiates began at the age of 17 to help offset the negativity he experienced from social anxiety and mild depression, but by his early 20’s Stuart found himself suffocating in a constriction of chemical dependency that had woven its tentacles into heroin, methamphetamines and fentanyl.

“I wasn’t living up to my potential,” he said, “that really got to me. I thought drugs would help my mental state.” 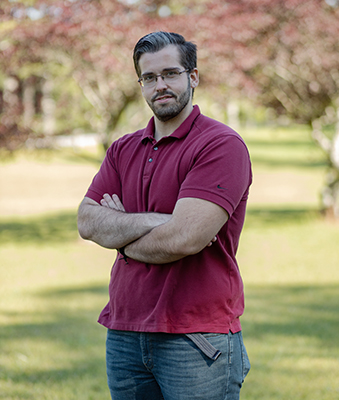 Stuart managed to get clean twice before the age of 25, but poor decisions surrounding the use of Tianna, a legal dietary supplement that produces opioid-like effects in the body, paved an express lane back to the needle. “I was hooked again pretty much instantly,” he said. “Things got so bad that I literally could not function if I wasn’t on drugs.”

Even while battling the relentless storm of manufactured euphoria and its inevitable debilitating sickness, Stuart could see through the clouds on occasion and witnessed the meaningfulness of his life slipping away with unrivaled clarity.

“My life quit moving forward at age 16. It just stopped.”

One such moment occurred at his young niece’s birthday party and ultimately helped anchor his decision to seek help once again.

“I pulled my phone out of my pocket while I was in the bathroom and two needles fell on the floor,” he said with an intense focus while he watched the memory replay in his mind. “There were kids in there with their parents and everyone saw it.”

After being dismissed from the property, Stuart spent the remainder of the day alone outside, enraged at the embarrassment of the situation, but even more so at the insanity of the world he’d created. 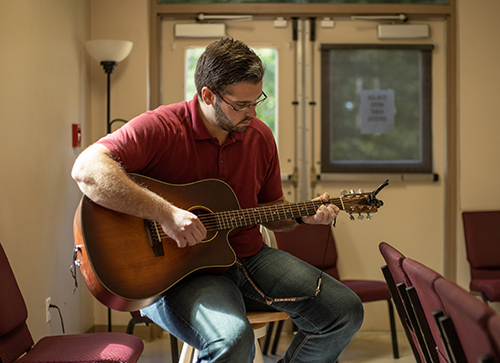 “I was scared and ashamed because I was doing so good and then all of a sudden I was flat on my face again,” he recalled.

Stuart knew that the biggest culprit to his repeated downfalls was returning to an environment that was a catalyst to toxic behavior. Without daily structure, meaningful work and education, old routines became familiar once again. This counterfeit comfort led to multiple car wrecks, jail time and even accusations of drug dealing.

“My parents are great people,” he said. “They love me and want to be there for me, but they were easy for me to manipulate and eventually grew tired of it. One day they basically said, ‘you’re getting help or you’re out on the street.’”

This tough love coupled with Stuart’s own genuine desire to rid his life of addiction permanently brought him back to Royal Pines.

“I found a peace here, and people saw potential in me that I’ve never seen or thought of.”

“This place is on a whole other level,” he said. “It’s not just recovery, it’s brought out all the good in me that I’d locked away or forgot about. That stuff is there without the drugs, I just have to be myself.

“I’ve learned from my mistakes and the Active Recovery program here has taught me how to be healthy. I know what I need to do to stay focused and I want to continue to build on this new life that I’ve started.”

Stuart is excelling in the engineering technology program at Wallace State Community College in Hanceville and hopes to eventually pursue a bachelor’s degree in mechanical engineering.

Your generosity has helped give Stuart’s life new purpose and put him on the path toward success.